Extron Global Scripter is the new kid on the block 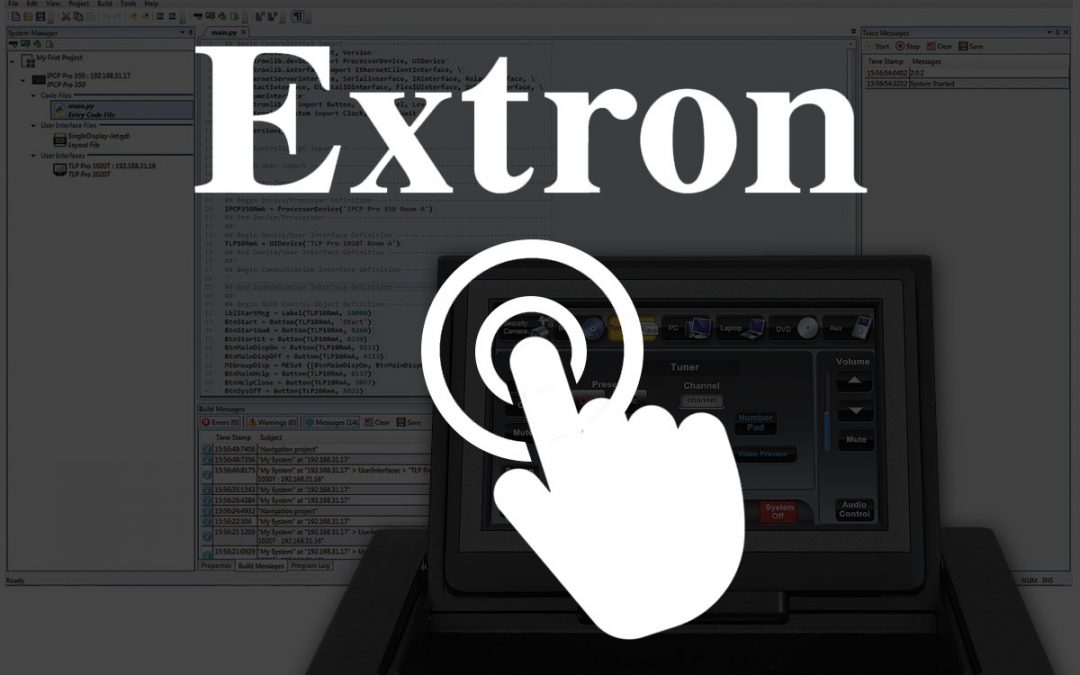 A user friendly control system is a critical part to any sophisticated media system and without it most systems would be too complicated to use. The simple act of turning on a TV and changing its channel would become a monumental task if the TV remote suddenly vanished. Now apply this scenario to a commercial system which has many more functions and features coupled with even more demanding users. May the nightmare begin.

For nearly 20 years the audiovisual industry has been controlled by two companies, figuratively and literally.  AMX and Crestron have dominated the control system market and each has done a fantastic job providing equipment and services for most if not all applications and solutions. Drop down a level and you will find some additional control system options for simpler solutions but in the eyes of audiovisual consultants, designers, and engineers there have only been two. Until now…

A third entry into the commercial programmed control system market is Global Scripter by Extron. This new development platform compliments their highly successful and proven configuration platform , Global Configurator, and the two are designed to work seamlessly together to provide a broad range of solutions for any application.

So what is Global Scripter? Well, here is what Extron says..

Python is an object oriented programming language. Python is clean, easily readable, and editable, making it a very popular scripting language. With ample documentation available in print and on the Internet, there are numerous programming resources for novices and experts alike.”

Well that’s exciting stuff because the control system community welcomes this news and has been anticipating it quite some time. There has been a push for years to have a control system based on an openly accessible language such as Python, regardless of who brought it to market. Considering the current popularity of Python especially as a taught language, we think Extron did very well in choosing Python over other viable options such as Java or even C#.

As a certified GS developer, TPI has spent a great deal of time developing and testing systems of all types since the release of GS. We find GS to be a clean and powerful platform with an excellent and dependable development environment. The published systems are feature rich and reliable with expected results and performance. Additionally, our development time has proven to be about the same as with AMX and Crestron and the reusability factor of our code is through the roof.

The Extron GS solution is easily on par with AMX and Crestron alternatives and aside from preferential differences, GS performs as well if not better than both offerings. When we consider that both AMX and Crestron systems are currently closed proprietary development platforms we have acknowledge that Extron GS presents a clear advantage due to its ability to incorporate the full Python language, as it exists today and as it evolves in the future.

The Extron hardware, both processors and touch panels, are some of the most reliable solutions on the market and are now coupled with a powerful and flexible programming language. This new offering easily makes an Extron GS solution a strong contender as a premier solution for even the most complicated systems.

There were two… Now there are three…